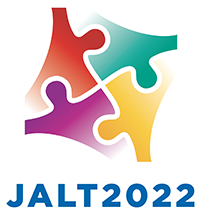 Introduction
The goal of this activity is to help Japanese senior high school students achieve a high score on the National Center Test and the Eiken Test through implicit and explicit vocabulary learning. There are 2 principles behind this activity: repeated exposure to high-frequency words and teaching root words. This activity starts with a guessing-meaning-from-context exercise. In preparing texts for the exercise, the words in the General Service List and the Academic Word List are preferable because of their significant text coverage on the Center Test: approximately 96% of the text is covered by the 2570 words. Thus, familiarizing students with these words will ultimately help students on the real test. Also, teaching root words is important because it will help learners remember words (Nation, 2001). Personally, I choose words with Latin or Greek roots because of their frequent occurrenceon the Eiken Test.

Preparation
Step 1:Think of a target word. The word should contain a useful root.
Step 2:Write a passage using the target word and words in the General Service List (GSL) and the Academic Word List (AWL). Make sure that at least 95% of the words used in the text are words that occur in the GSL/AWL. Use the RANGE program developed by Nation (2002). The program provides data on what percentage of your text is covered by the GSL or the AWL. RANGE is available at <www.victoria.ac.nz/lals/staff/paul-nation.aspx>.
Step 3: Underline the target word so students know that it is indeed the target word.

Example passages
Here are 3 example passages designed for different student levels. The passage in Example A is mainly written using the first 1000 words in the GSL. Example B is written using words occurring in the first 2000. Example C is intended for advanced learners who are already familiar with the 2570 words in the GSL and the AWL. Note that the text coverage in the parentheses below includes proper nouns.

Example A(98.55%)
Do you have any friends who are ambidextrous? This special ability is helpful in daily lives. For example, Michelangelo, a famous Italian artist, is said to have changed from his right hand to his left hand and back again while painting a picture. James Garfield, the 20th President of the United States, could write Greek with his left hand and Latin with his right hand at the same time.
The word “ambidextrous” means             .

Example B(96.55％)
There are so many homophones in English. Learning homophones is interesting, but it is also confusing because you cannot tell the difference just by hearing. Let’s take an example of whole and hole. If you try to learn the difference by looking at them, you will easily notice it. But if you are the kind of learner who picks up a new word when you hear it, you might not notice the difference. In that case, additional context might help you realize the difference.
The word “homophone” means             .

Example C (95.74%)
Demographyreveals useful information. It shows that the Earth’s population has reached 6.8 billion. The populations of both China and India have already exceeded one billion. Thanks to this demographic data, we can readily understand how many people reside in particular countries, states, cities or even towns.
The word “demography” means             .

Conclusion
After spending 3 months training my students to guess from context, they became very confident using the technique. Also, the repeated exposure to the important 2570 words and the knowledge about Latin and Greek root words has helped most of them deepen the knowledge of the 2570 words and retain the newly acquired words learned by guessing. Moreover, they became confident in their ability to guess a word's meaning from the context, which is a crucial skill for the National Center Test, and some were able to get high scores on the vocabulary section of the Eiken Test by applying their knowledge of Greek and Latin root words.